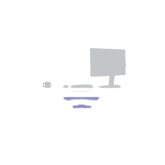 It had been two weeks since Sofie had signed the contract with her boss that allowed him to take advantage of her; to spank her when she was bad; to reward her when she was good.
Three times he’d put her across his lap since, and once she’d bend over his desk for a dose of his ruler. That last one really hurt, she could still feel the sting.
Sofie had given her boss a blowjob underneath his desk twice and once he had done the same for her, rewarding her for staying late to work on an important document.

This Monday Sofie was not expecting any special activities. She was sure all her work before the weekend had been satisfactory. She was not due another spanking and hadn’t had time yet to earn another reward.
When Jonathan arrived, she sat down in one of the sofa’s where they held their morning meetings.
“What were your plans today, Sofie?” Jonathan asked as he sat down opposite to her.
“There are just a few case-files I have to go over, Sir.” She replied.
“Nothing urgent, I imagine.” Jonathan replied. “Seeing as my agenda is nearly completely empty.”
“I could push them back if you need me to work on something more important.” Sofie agreed.
“In fact, I do.” Her boss replied. “Remember when we made our contact regarding discipline and rewards in the workplace?”
“Of course, how could I forget?”
“When we discussed discipline, you mentioned I could punish you for more than just work-related incidents.” Jonathan continued.
Sofie blushed slightly. “Yes Sir. I remember very well how you spanked me just last week for being late.” It hadn’t really been her fault either, an accident a few blocks from the office had blocked traffic where there usually was none.
That hadn’t stopped Jonathan from taking advantage however. Just like she had hoped for while sitting anxiously in her car.
“Exactly. Arriving late, unruly behavior, inappropriate outfits. Anything inappropriate for a notary’s assistant. Those where the words you used, I remember.” Jonathan said.
Sofie nodded, still blushing. “Yes, Sir.” Was she in trouble in a non-work related matter? She wondered.
“You specifically mentioned wearing inappropriate panties, do you remember?” He asked.
Sofie licked her lips. “Yes, Sir.” Of course she remembered, every other day for the past two weeks, he’d asked her to raise her skirt so he could verify that she was wearing appropriate panties. It was always a turn-on to start her day thus, with her boss taking that little bit of advantage to embarrass and expose her like that.
“Well, over the weekend I’ve been thinking. It would make things a lot easier for you, if we had dress-code at work, wouldn’t it? That way you wouldn’t have to wonder whether your chosen outfit was appropriate or not.” Her boss said.
Sofie raised an eyebrow and nodded. “I guess it would help.” She said.
“Of course it would.” Jonathan agreed. “So I took the time this weekend to pick out some outfits for you to try on. Including appropriate underwear of course. I want you to try them on, so I can exchange them if the size isn’t quite right.”
Sofie blushed again. “You bought clothes for me?”
“Work clothing, company owned.” Jonathan said with a grin. “You will be responsible for keeping them clean of course.”
Sofie smiled nervously. This could be fun or horrendous, it could go either way.
“After you try them on, I’ll buy a couple more sets so that you always have some spare to come to work. That way you can be sure you’re never dressed inappropriately.” Her boss said.
“Okay.” Sofie said. “So you want me to try them on now?”
“I’ve got them in my car.” Jonathan said. “Wait right here.”

Sofie sat at her desk in her new work-outfit. She wore the see-through blouse with no bra underneath and a short and tight dark-grey skirt that revealed the top of her stockings while she sat down.
Jonathan hadn’t asked anything else of her after the fitting session, instead he’d insisted she get the bit of work done she’d planned for today.
There was only an hour left before her lunch break. But it wasn’t a lot of work, she’d expected their morning meeting to bring on more. Instead, she was ready with todays work before lunch, even after spending most of that time taking off her clothes for her boss.
When she turned off her computer and grabbed her coat, Sofie hesitated.
The sexy stockings and short skirt were all well to show off to Jonathan, but she wasn’t sure she wanted to wear them outside.
She knocked at her boss’ office.
“Sir, is it okay if I wear my own clothes when going outside?” She asked.
“Of course.” Jonathan replied. “During your free time you can wear whatever you want.”
“Thank you.” Sofie replied. Returning to the main office area where her clothes still rested on the sofa.
Jonathan joined her just in time to see her mostly naked before she pulled on the dress in which she had arrived.
“It’s up to you whether you get dressed at home or at work, Sofie.” He said with a grin. “Unfortunately, there is no money in the budget to provide a dressing room, so you’ll have to do all your undressing right here in the office.”
Sofie giggled. “I don’t need a dressing room, Sir.”
“You will of course wear your work-outfit when we’re visiting clients…” Jonathan continued.
Sofie blushed, but then remembered how all this had happened in the first place. Her boss walking in on her when she was with her friend. The excitement she had felt back then was new. Perhaps she could explore that feeling a bit further by dressing overly sexy when accompanying Jonathan to his clients.
“Of course, Sir.” She replied.
“Are you going to the store?” Jonathan asked.
“Yes, doing some groceries while I pick up lunch.” Sofie replied.
“Can you pick up a few things for me as well?” He asked. “I made a list.”
“Of course.” Sofie replied

Sofie went through Jonathan’s list on her way to the store. It didn’t seem anything special at first: grapes, some bread and cheese – probably for his lunch – but hidden among the rest, as if it didn’t mean anything: condoms, whipped cream, zip-ties, … things that might not be as innocent as they might seen.

“You can get up now.” Jonathan said.
He’d pulled his trousers back on and was about to place the paddle in its drawer.
“Thank you, Sir.” Sofie said. She hesitated for a moment, she wasn’t sure whether she could handle any more excitement that day. “You had something else for me?”
“Yes.” Her boss replied.
“It’s not another spanking implement, is it?” Sofie asked with a nervous laugh.
Jonathan laughed. “No, don’t you think the paddle is enough?”
Sofie giggled. “You can never have enough office equipment, can you?”
Jonathan grinned. “I guess we can expand. Though you know that everything I buy, has to be tried out first.”
Sofie smiled. “Of course.”
“But that’s not what I have now.” Her boss said. “When buying the paddle, I thought it would be fair to not just have things to punish you with, but have something to reward you with as well.”
Sofie licked her lips as her boss took a small box from his bag. Inside was a smooth white egg.
“I’l keep this in my desk.” Jonathan said. “When I feel you’ve earned a reward, you may take it with you to your own desk and put it in. It even has three different vibrating settings, depending on how well you’re being rewarded.”
Sofie licked her lips again. A vibrating egg she could wear while working. That was… Well it certainly fit the description of a reward at work. It was also extremely hot.
“I will keep the remote control, of course.” Her boss said.
Sofie blushed, she only now noticed the control that had been hidden underneath the egg.
“How about you go to your desk and try it out now, Sofie.” Jonathan said. “You’ve barely spent any time behind your computer today. I’m sure you have some emails to answer before you go home.”
“Yes, Sir.” Sofie replied, accepting the egg before leaving his office.

She was surprised that Jonathan didn’t follow her to watch her slide the egg up her pussy.
As soon as it was in however, it started purring. He must’ve been watching from somewhere.
When she turned on the computer to read her mails, the vibrating increased. It was almost enough to distract her from her poor, sore bottom pressed down on her chair.
She moaned deeply as it reached the third, highest vibration setting. It was going to be hard to focus on her work…

“Ready to go home?” Jonathan asked as he left his office.
Sofie still sat in her chair, trembling, the egg still vibrating inside her, making it impossible for her to concentrate. She’d even cum once while trying to type an answering email.
“Just a bit more, it’s hard to concentrate.” She said.
Jonathan laughed. “If it’s hard now, imagine how it will be when we’re visiting clients.”
Sofie blushed deeply.
He wouldn’t, would he?
Of course he would… Yet somehow, that excited her greatly.
“Almost done, Sir.” She said.
Jonathan waited for her to finish her work, even lowering the intensity of the vibrations to make it easier for her.
“Go put this in the box alongside the egg.” He said as he handed her the remote control. “There is some washing gel in my drawer to clean it with first.”
Jonathan was still waiting when Sofie returned from his office.
Of course. He was waiting to watch her undress and put on her own clothes again.
“Take all the clothes with you, Sofie. I put the receipts in the bags. I’ll give you one week to get them in the correct size, after that I’m expecting you to follow the new dress-code.” Her boss said.
Sofie nodded. “Yes, Sir.”
“I’l see you tomorrow then.” Jonathan said.
“Sir?”
“Yes?”
“If you’re going to buy more, ehm … office supplies for punishment. Are you also going to get more for rewards?” Sofie asked.
Her boss grinned. “I guess that would be fair.”
Sofie smiled. “I’m really lucky to work for you, Sir.”
Jonathan smiled. “And I’m lucky to have such a dedicated employee.”

5 responses to “The secretary’s secret (part 3)”