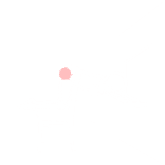 Evelyn sat in the back row of the lecture hall, dozing off while listening to the droning voice of her history professor. It was the first class of the afternoon and with her belly full of lunch and the room heated to comfortable temperatures, it was hard to stay awake.
A welcome distraction came when her phone buzzed with a message from her boyfriend Adam.

“Dinner at your place tonight?”

Evelyn played with her phone for a bit longer, hoping for another reply. This class was boring and her professor wasn’t one of those handsome younger ones she sometimes fantasized might use a wooden ruler on a naughty girl’s behind when she dozed off in class or texted with her boyfriend.
Luckily Adam replied not much later.

“What are you doing now?”

“What are you wearing?”

“I thought you were bored?”
“What are you wearing in class?”

Evelyn smiled and glimpsed at the students beside her, neither of them would be able to read her texts. They were dozing off themselves.

Evelyn blushed slightly, again looking at the people around her through the corner of her eyes. She was wearing plain old white cotton panties, the first ones she found that morning.
That wasn’t what Adam wanted to hear however. So she told him about the panties she would be wearing when he came over that night.

“Black lingerie, a push-up bra with lace on top and a matching thong; the one you like.”

“I bet you look amazing. Can you send me a picture?”

“Front row or back row?”

“Can you touch yourself?”

Evelyn blushed. Adam always pushed her, yet that was what she loved about him. She could push back, but if she did, chances were she’d end up over his knee when he came over that night.

“Put your phone on vibrate and put it between your legs. I will send you some texts. No-one will see.”

Evelyn bit her lip. She was growing much too excited for the classroom. Yet she couldn’t ignore a direct order from her boyfriend. Adam had trained her to be submissive and obedient too well.

She put her phone between her thighs, hidden under her skirt and placed her hands on the desk in front of her.

“Seven. You held out longer than I thought you would. Good girl.”

Evelyn had quickly grabbed the phone from between her legs when its vibrations were making it too hard to sit still. When the messages kept coming, she’d known Adam would’ve just kept going until she stopped him.
She blushed at the praise he gave her, yet felt oddly proud as well. Before she met Adam she’d never have gone along with something like this.

“You’re welcome. Hope class was a bit less boring thanks to your boyfriend. Have class of my own to attend to now though. See you tonight.”

It took the rest of history class for Evelyn’s excitement to die down again. She had two more classes that afternoon and while they were less boring, all she would be able to think about was her boyfriend’s planned visit that night. She’d surely have to properly thank him for keeping her this entertained.

Adam took her by the elbow and helped her get up from the chair. Evelyn winced when she stood up, suddenly feeling the pain in her knees from remaining kneeled on the hard wooden chair for such a long time. The pain was nothing compared to the burning sensation in her backside though.
Then Adam sat down, back towards the window. “Are you going to show your boyfriend what a good girl you can be and make up for your naughty lies?” He asked.
Evelyn bit her lip, horny and excited to please him. “Can we go on the bed?” She asked. “My knees hurt.”
Adam grinned. “I’ll remember to put down a pillow next time.” He said. “How about instead of sucking my cock, you come sit on my lap?”
Evelyn bit her lip. She’d been looking forward to blowing her boyfriend, it felt like the proper submissive way of showing her appreciation for him. But his wish was her command, so she stepped forward and bent down to unbutton his trousers.
“Seems like you’re looking for something else hard to sit on.” Adam teased. “Perhaps you didn’t need a pillow after all.”
Evelyn grinned, freeing her boyfriend’s erection. He was right, it was hard and big. She eagerly unpacked the condom he had ready for her and wrapped him up. She then straddled his lap and felt him slide into her. She moaned deeply as her sore, red bottom rested on his lap.
Adam reached around her, unsnapped her bra from the back and pulled it off her shoulders. Evelyn leant back on his lap, letting him play with her freed breasts as she gently swayed on his lap.
Her movements became faster and stronger as she rode her boyfriend’s cock. Her sore bottom grinding against his lap. She leant forward, pressing her breasts into his face, feeling his lips and tongue on her nipples, followed by his teeth.
She moaned when his fingernails dug deep into her back, squealing when his teeth left their marks on her breast. He froze up, thrusting his cock deep inside of her as he came. They sat frozen in this instance of ecstasy for a moment, until Adam grabbed her hair at the base of her neck and pulled her down, to kiss her deeply.
“Good girl.” He whispered in her ear.