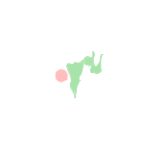 Sofie had been excited to meet the new girl at the office. She worked as an app-developer at a small local company with about fifteen colleagues, all of them men.
Despite the sexy, punk-like female hackers you so often saw on television or in the movies, most IT departments she’d worked for were still highly male-dominated and not nearly as exciting.
She loved her co-workers, most of them anyway, and it never really bothered her that they were all men. Still, she was looking forward to not being the only woman anymore.
She just hadn’t expected the new girl to be that… well, hot!
The company she worked for had a very relaxed stance on office-work. Most men wore jeans and a t-shirt, Sofie preferred a dress whenever the weather allowed it. She hadn’t seen anyone wear a suit since the last of her older colleagues had retired.
The new girl however, wore a tight-fitting, dark pencil-skirt over stockings and heels. Above that she wore a short-sleeved, white blouse with ruffles down the front. Her hair was up in an immaculate bun and her face was painted subtle but perfectly. She was the exact image of a professional yet attractive career-woman and the curves of her slim body fit the outfit so well that it just oozed sensuality.
Eric, the team-lead who reported directly to the company owner – who in turn barely visited the office – guided the new girl inside and brought her straight to Sofie’s desk.
With a blush, Sofie realized she’d been staring and quickly looked away, and then saw that she wasn’t the only one. All heads in their shared, open-plan office were turned towards the newcomer. Her mouth wasn’t the only one that had gaped open slightly.
“Sofie, meet Anna.” Eric said as they reached her desk. “Anna, this is Sofie, she can show you around and then help you get set up.”
Sofie looked in surprise at Eric. As team-lead he wasn’t technically her boss, yet for all intents and purpose he was. She didn’t have time in her planning to help out a newcomer. That was his job! She knew however that there was no point in arguing with him. He was the only one of her colleagues that she could not get along with.
Instead of complaining, Sofie smiled at Anna and introduced herself properly after Eric left. She showed the new girl around the office, the break-room, the bathrooms, the kitchen, the meeting-rooms, … She let her pick out a desk and then helped her set up her new laptop with all the programs they used for their work.
Anna was very friendly, they chatted and laughed and Sofie knew they’d get along great.

The following day, Sofie was hard at work at her desk. She’d lost a lot of time helping Anna and needed to catch up. Yet, she still often caught herself looking up at the new girl, admiring her outfit, her long sleek legs crossed under her desk.
She wasn’t the only one, she often noticed her male colleagues looking in the same direction while pretending not to. She remembered it had been the same when she had just arrived and they’d all stared at her constantly. They’d gotten over that and become her friends.
Anna didn’t seem bothered by it. She smiled at everyone, talked with everyone and quickly became accepted in their group.
She even seemed to flirt a little. Not overly noticeable, but when she stood at someone’s desk, she’d bend over to talk to them, her round bottom stretching her tight pencil skirt and she’d look over her shoulder to see if anyone noticed, she’d wink at Sofie when she caught her staring.
Sofie had always known she was attracted to women as well as men and had dated both in the past. She’d made a rule for herself of not dating anyone in the workplace, but Anna distracted her in ways that were not conductive to getting her work done in time.
At the end of the day, most of her co-workers had left, but Sofie had to stay longer to get her work done, then Anna approached her desk.
“Working late?” She asked.
“Yeah, I lost a lot of time yesterday, I have to catch up.” Sofie replied.
“Because of me?” Anna asked.
“Because of Eric.” Sofie said. “I wouldn’t blame you for him not doing his job.”
Anna smiled. “Is it me, or is he a bit…”
Sofie returned the smile. If there was one person she didn’t mind gossiping about behind his back it was Eric. “Misogynistic?” She finished Anna’s sentence.
Anna laughed. “This morning he ordered me to make him a coffee.” She said. “Like it wasn’t a request, but a command.”
Sofie grinned. “Yeah, he never asks any of the guys that. Don’t let him bugger you into cleaning the kitchen area either. He tried that with me when I started and I had to be very clear that was not in my job description.”
They talked for the next hour or so while Sofie finished her work, and not just about their annoying team-leader. Anna kept her company for no other reason than not letting her stay behind alone.
As she turned off her laptop and got up from her chair, Sofie felt Anna’s hand slide away from where it had been resting on her shoulder. Her skin felt warm where her hand had been.
For a moment they stood too close to each-other, Sofie looked the new girl in the eyes, she licked her lips and then blushed as she realized what she’d done. Then Anna stepped back, giving her room to pack her bag.

To be continued...
Become a patron on patreon, and
continue reading

Or wait until the story gets published in one of my upcoming books.