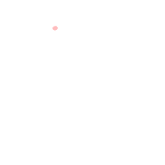 Today was a special day, for John had invited Emma for dinner at his place and she’d agreed to stay the night.
The two of them had been dating for two months already, after they’d been introduced by one of Emma’s friends. It wouldn’t be the first time they slept together of course, they hadn’t even been able to wait for the third date. After the second, Emma had invited him up to her apartment for coffee. They hadn’t drunk any coffee that night.
No, it would be the first time they slept together literally. As in, the first time one of them stayed the night, instead of heading home after their initial burst of lust was satisfied.
On the outside it might feel like a small step. If you are already having sex, what difference does it make where you sleep afterwards? But John did find it important. He thought staying the night signaled the difference between having a lover and having a girlfriend.

Slowly, he could feel his cock growing, caught between his girlfriend’s buttocks. He could feel his own heartbeat pulsing against Emma’s bottom. He was sure she felt it too.
Yet Emma did not react or say anything. Perhaps she was already asleep, so John tried not to bother her.
“No, please.” Emma suddenly whispered.
John froze. Was he doing anything wrong?
But Emma did not push him away or anything.
“I won’t do it again.” Emma whispered again.
“Won’t do what again?” John asked.
But Emma did not reply.
“Please don’t spank me, I’ll be a good girl.” Emma said, suddenly loudly.
John frowned. Was she having a dream?
Emma didn’t move at all, and the next few words she said where barely intelligible, John could only understand parts of them: “Harder, Sir.” “… good girl …” and “… corner time …”
Emma grew silent and never responded to John’s whispered questions. Eventually he stopped asking and focussed on his own rest. His cock was harder than ever before between his girlfriends buttocks. He closed his eyes, perhaps his dreams would be equally interesting.

One response to “Dreaming of a red bottom”